Why Is Earned Media So Difficult To Measure Accurately? - Turbine Labs

Today, Turbine Labs is thrilled to be launching our new logo, which is part of a larger branding and messaging exercise that will roll out in the coming months. In our business, the only constant is change, and we realized our old logo and brand identity weren’t serving their intended purpose. We thought our customers, partners, and friends of Turbine Labs would be interested to learn how the process evolved.

I guess it’s obvious going through the logo redesign process is arduous. Sometimes it was downright frustrating. It took our team four months, with several creative directions, and dozens of iterations, to arrive at the final version.

There were times during the process where I felt a sense of guilt. “Why is this more important than developing our people, working on our platform, or serving our customers,” I would ask myself, staring at each iteration. But it was at those moments that I realized what, and who, this exercise was designed to serve: our people, our platform, and our customers.

We had a great design partner in Seattle, Garrigan Lyman Group, who helped us ask the really tough questions about who we were, are, and want to be, enabling them to translate all our history, as well as our ambitions, into a new mark we’d have to not only live with, but be extremely proud of, in the coming years.

The process also allowed us to reflect on how far we’ve come since 2014, when we launched our first product. At that time, our logo was more of a placeholder—something we needed to put next to our address on invoices or as an avatar on Facebook or Twitter.

The basic idea of a turbine is that through a flow process, something less useful is turned into something more useful. Turbines are used in all kinds of scenarios. A wind turbine can be used to covert moving air into power. Hydraulic turbines perform the same function, but with water in rivers or reservoirs. In the context of Turbine Labs, the analogy was a jet turbine—the kind you see attached to wings that provide lift for an aircraft.

The original logo was designed to convey what a jet engine looks like if you were standing right in front of it. It got the job done, but you can see that it conveyed neither emotion or much utility. So this iteration was quickly abandoned.

By this time Turbine Labs had grown to several people packed into an executive suite. Our landlord wanted to put a company logo on our door and in the office directory. With an afternoon to come up with something better than the previous version, we came up with this.

However, one morning in early 2017, a team member was looking at a document with the logo, and calmly pointed out that it appeared to bear a striking resemblance to that of another popular retailer. Not quite the target of our logo design, if you catch our drift.

That joke cascaded through the office in seconds. And no one could un-see it. On that day, without any planning, it was time to retire that version—and quickly. 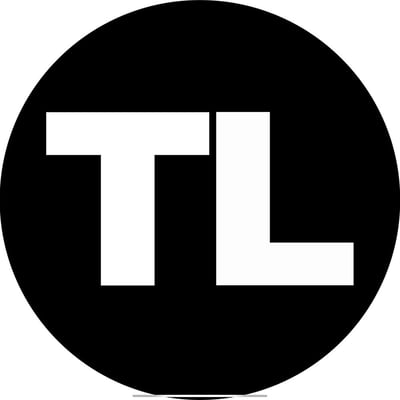 We had just moved into new, larger space, but did not yet have the resources to hire an outside agency to help us come up with a new design.

However, one of our early employees also happened to be a talented artist and photographer, and took it upon herself to come up with a new design. This version abandoned the notion of a turbine altogether, and instead went for bold text with a bit of bravado.

As we continued to grow, we realized that no one knew what TL stood for. While simple and strong, it didn’t convey anything about us as a brand. It was a mark, but it wasn’t an ‘identity’. 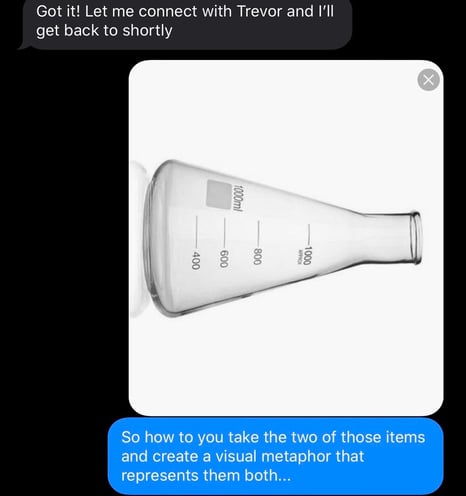 Our design firm spent a month listening to the direction we wanted to take. We saw designs that completely abandoned the notion of a jet, designs that contained flow, motion, and many other interpretations. Every time we would see a batch of logos, excitement would grow, followed by a retreat into uncertainty. We weren’t there yet.

Oddly, the final design inspiration came as a result of some text messages being exchanged back and forth between our team and the agency. This was just days before we were about to go with another version.

We asked: “What happens if you turn a laboratory beaker on its side? Doesn’t that resemble a jet engine?” It became our moment of epiphany: combine the concept of a turbine and a metaphor for a lab into a single mark. The “jetbeaker” was born.

From there, the process moved quickly. We chose a deep red for the logo mark to convey a sense of urgency and speed, as well as a nod to an early customer who helped us get our footing. And we modernized the typed version of the logo by removing the space between the ‘Turbine’ and ‘Labs’. 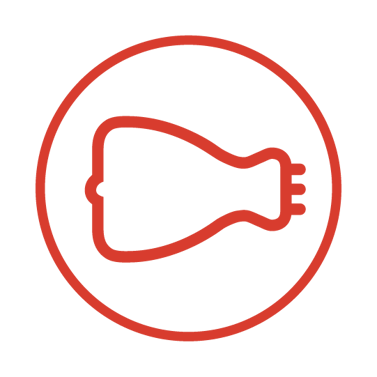 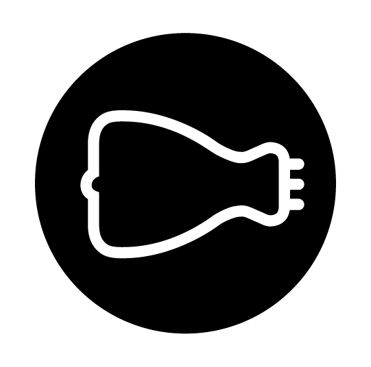 Over the next several months, you’ll begin to see the new branding and messaging incorporated into our website, across our social channels, at events, and in our broader marketing efforts. We hope you’re a fan of the direction we’ve chosen. More importantly, we hope this direction makes Turbine Labs more easily recognizable, and connected, to our brand and our mission.

Why Is Earned Media So Difficult To Measure Accurately? - Turbine Labs

Let’s Use the World Series as a Step Toward Understanding the Difference between Facts, Bias and Fake News