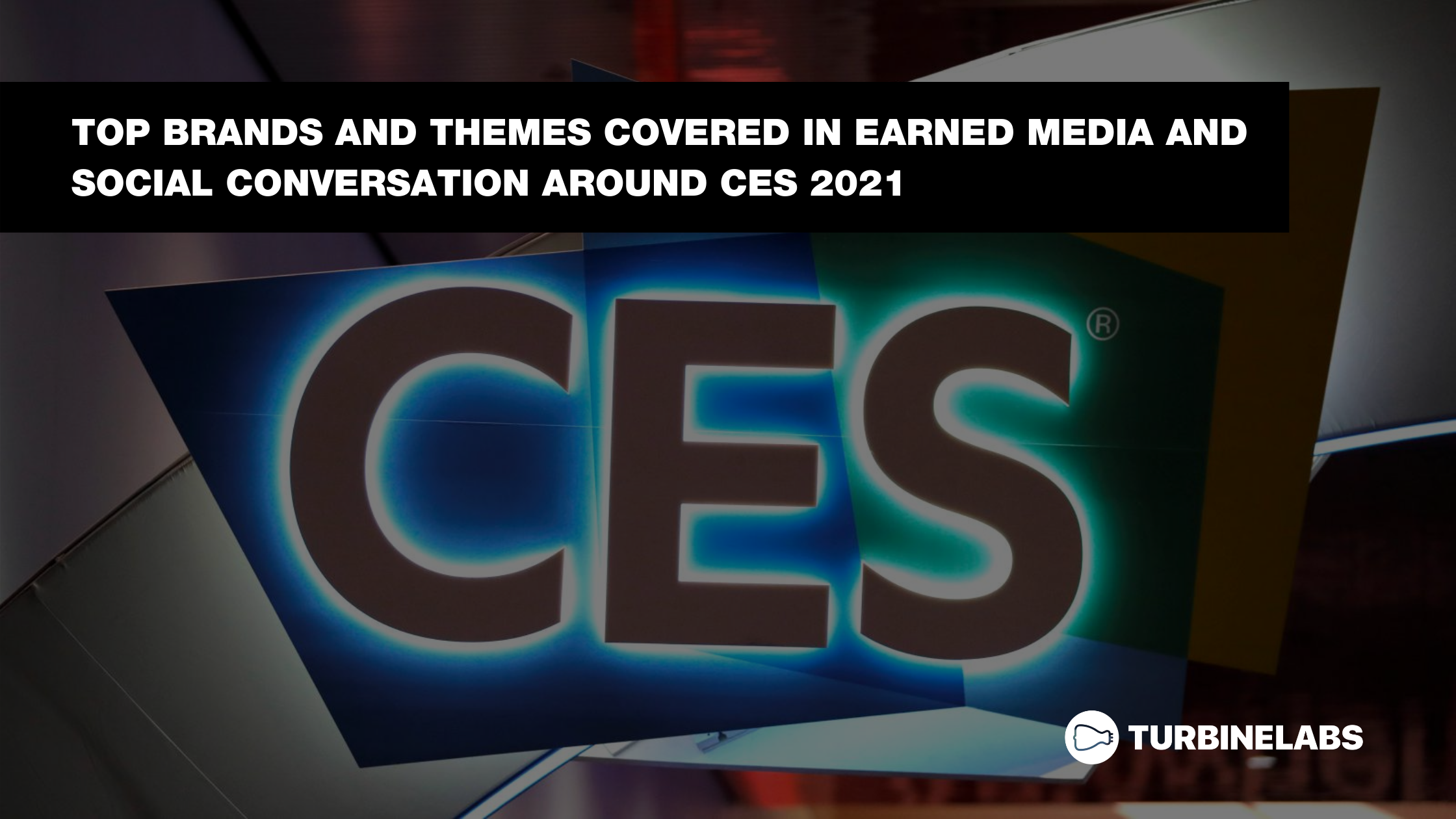 Webinar: Navigating Media and Consumer Engagement as We Emerge From the Pandemic - Turbine Labs

How to Track Your Organization’s Press Coverage

OVERVIEW
Turbine Labs AI-powered platform surfaced and ingested over 42,000 earned media articles related to the 2021 Consumer Electronics Show (CES), which took place virtually Jan 11-14, 2021. Amplifying this coverage was 189,000 social posts, contributing over 749,000 social engagements published by over 68,000 unique contributors. The media coverage and social content were then filtered and analyzed by our proprietary machine learning technology, and validated by human journalists for accuracy. Our study concluded that within this high volume of coverage, only 7.1% (~3,000 articles) was impactful to the brands and topics covered in the analysis.

OVERALL FINDINGS From Impactful media coverage surrounding CES, and in tandem with human validation, was able to identify the following insights:

Turbine Labs has created a tool, the Earned Media Quality Index (EMQi), to consume news content that is relevant and impactful by filtering and classifying data. Unlike simple media monitoring, we are able to provide insight into the metrics that are truly impactful to the brands and topics covered during CES 2021. The EMQi ingested over 42,000 earned media articles regarding CES, and through the process of determining relevance and authority, we found 7% of this coverage is truly impactful. Executives do not have time to read 42,000 articles in order to make informed decisions for their business – so the EMQi from Turbine Labs does the work for you.

Want to know how your brand or competitor was mentioned during the event? Or the themes presented regarding the future of electronics? Complete our form for a free demo and one of our experts will reach out to you shortly!

Webinar: Navigating Media and Consumer Engagement as We Emerge From the Pandemic - Turbine Labs

How to Track Your Organization’s Press Coverage

The Fundamental Flaw in Your Insights & Analytics Tech Stack